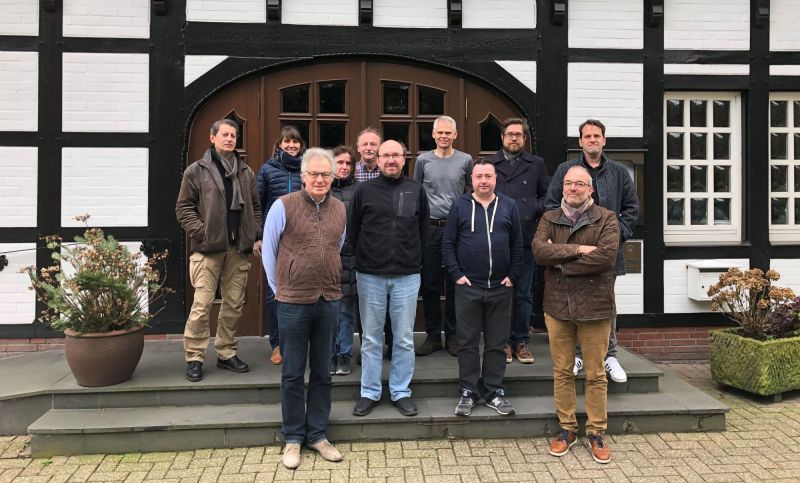 Here you can find insights in our Institute's Chairs. 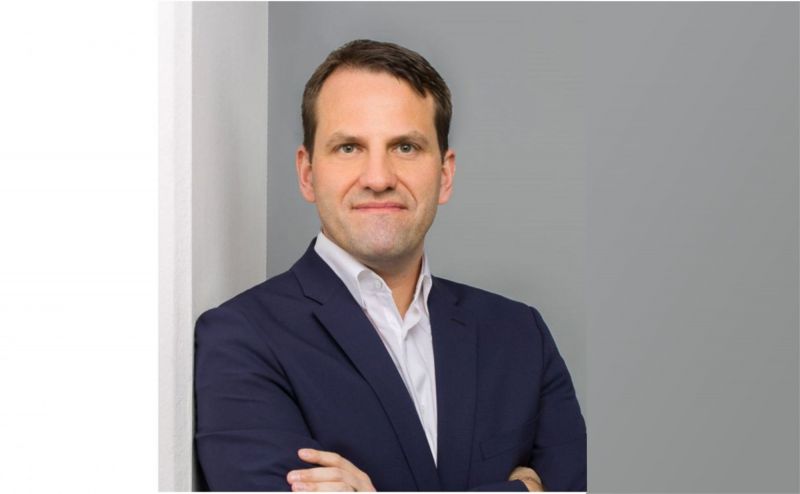 He graduated from Technical University of Berlin as Engineering Geologist in 2001, whereas he wrote his diploma thesis at KTH Stockholm Sweden. Subsequently he became a research fellow at Helmholtz Centre Potsdam German Geoscience Research Centre GFZ. His research was in the field of rock fracture mechanics and involved the development of a method to determine a parameter to describe the resistance of rock to shear fracture growth. The method he developed together with Prof. Ove Stephansson was promoted in 2012 by the International Society for Rock Mechanics as Suggested Method. He obtained his doctorate degree from University of Potsdam in 2005. 2008 he became lecturer for Geomechanics at University of Potsdam.

Tobias is founding member of geomecon GmbH, a consultancy firm in the field of geomechanics. geomecon is providing specific solutions satisfying the challenges set by international customers in the geothermal, mineral extraction, hydrocarbon, radioactive waste disposal and rock engineering industries and academia since 2004. He was CEO of geomecon for more than 14 years, before becoming Professor in Rock Mechanics and Engineering Geology at Ruhr University Bochum, Germany, in 2018. 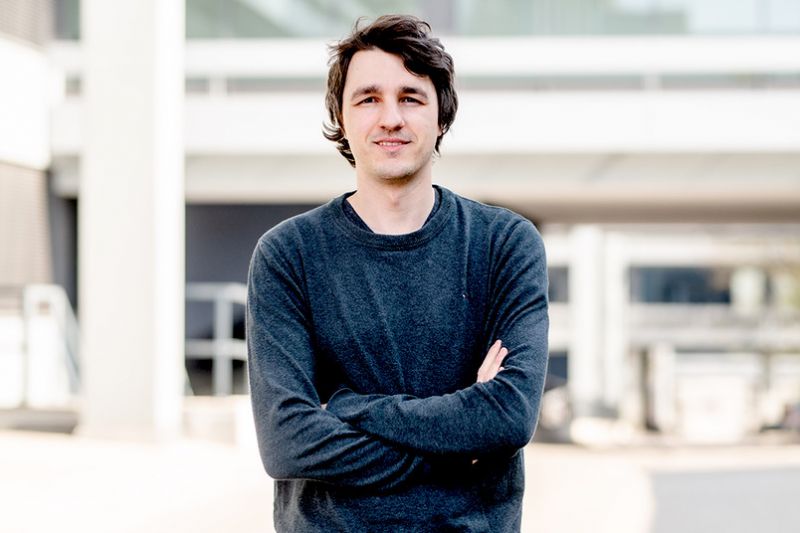 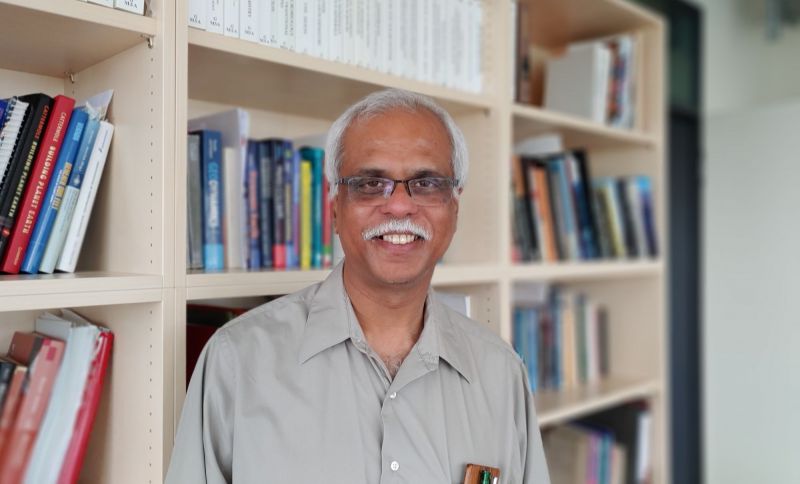 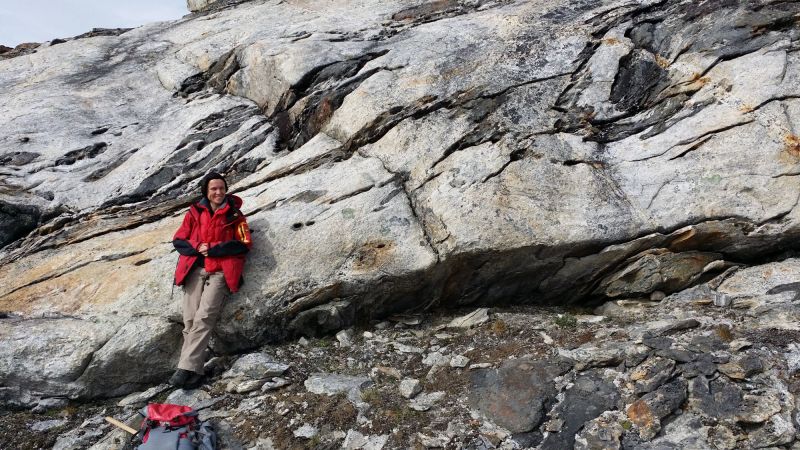 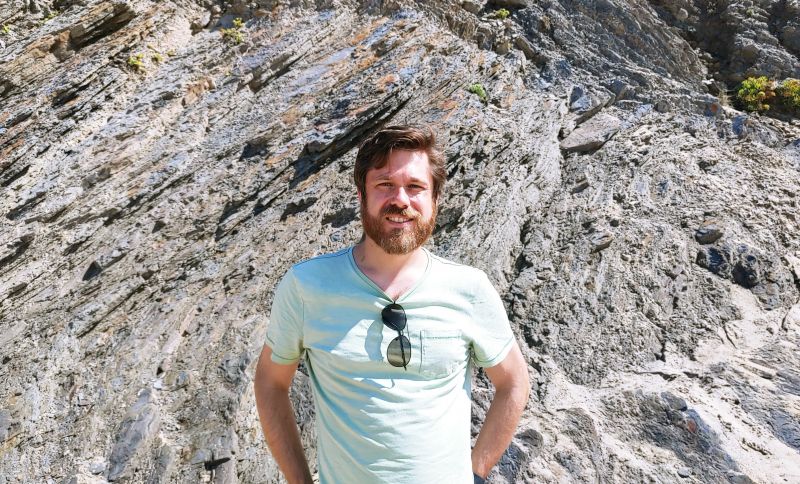 Raúl Fonseca is an Experimental Petrologist and Geochemist who focusses on understanding process-driven phenomena taking place at high-temperature on a planetary scale. Raúl is particularly interested in the behaviour of trace elements and their isotopes in response to changing conditions in high-temperature magmatic systems.

To the site of the Chair

To the site of the Petrology and Geochemistry Workgroup

The research of Wolfgang Friederich focuses on theoretical aspects of seismic wave propagation in heterogeneous and anisotropic media and their application to the localisation and characterisation of earthquake activity as well as the exploration of the structure and physical properties of the earth's interior at various spatial scales. Basic motivation is the quest for modelling and inverting the seismic waveform without restricting mathematical assumptions. Specific research topics have been the structural interpretation of seismic surface waves observed on a regional and continental scale leading to images of the Earth's mantle beneath the Eifel, Germany, the Hellenic subduction zone, Europe and East Asia. On the theoretical side, he has developed new approaches to the numerical modelling of seismic wave propagation and full waveform inversion with applications to as diverse topics as advance exploration in mechanized tunneling and imaging the structure of subducted lithosphere underneath the Alps. 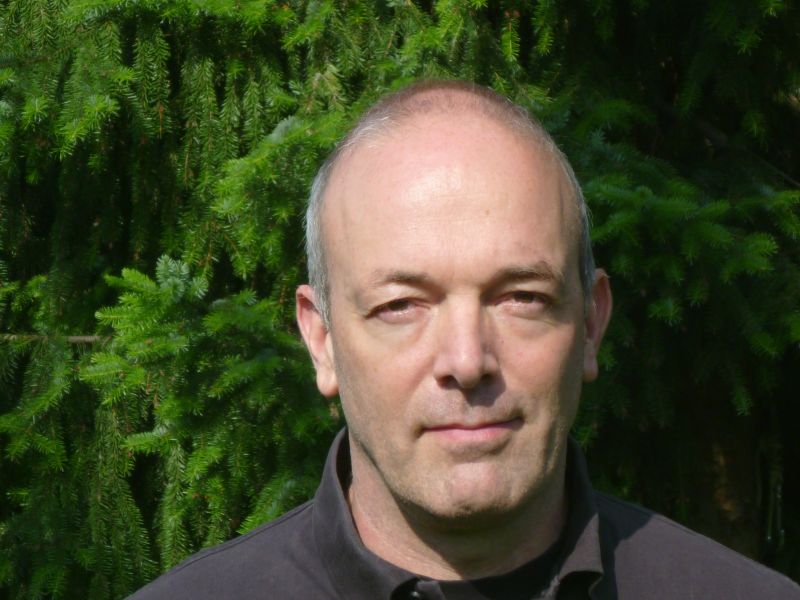 Adrian Immenhauser is a sedimentologist and sedimentary geochemist. In collaboration with his colleagues and students, he focuses on the improved understanding of carbonates as archives of their palaeoenvironment. In the past years, the focus was on carbonate diagenesis and isotope geochemistry of all major elements of carbonate (C, O, Mg, Ca). A second priority is the Devonian and Carboniferous limestones in the subsurface of NRW. In collaboration with the Fraunhofer Research Institution for Energy Infrastructures and Geothermal Systems (IEG) and the Geological Survey of NRW, we explore the potential of these rock bodies as geothermal reservoirs.

Adrian Immenhauser was born in 1965 in New Mexico (USA). He studied geology and mineralogy at the University of Berne (Switzerland). His PhD research focussed on topics such as ophiolites, plate tectonics of the Indian Ocean and stratigraphy. Following his PhD and a short post doc project in Berne, he accepted a position as an assistant professor at the Free University Amsterdam (The Netherlands), where he was active until 2005. From January 2006 onwards, he chairs the department for Sediment and Isotope Geology at the RUB. 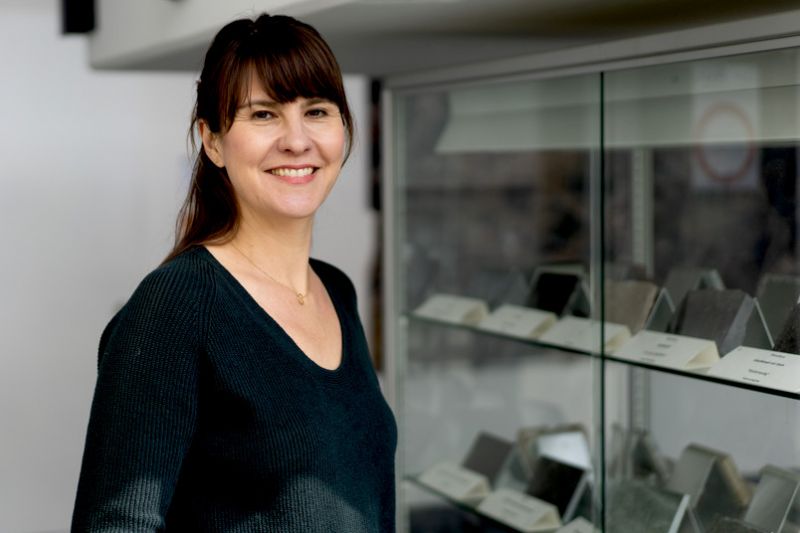 Rebecca Harrington's research examines, from an observational perspective, what causes earthquakes to start, and what influences how destructive they may be. For example, are similar sized earthquakes in different fault settings physically the same? What is the role of crustal fluids in earthquake nucleation? How do smaller, more frequent earthquakes relate to larger, less-frequent, more destructive ones? How do the seismic waves of earthquakes thousands of kilometers away trigger local earthquakes? Are earthquakes induced by fluid injection physically different from their tectonic counterparts?  Rebecca strives to better understand the answers to such questions by studying the rupture dynamics of earthquakes and other seismic signals such as volcanic hybrid earthquakes, very low frequency earthquakes, non-volcanic tremor and induced seismic signals in various faulting environments. 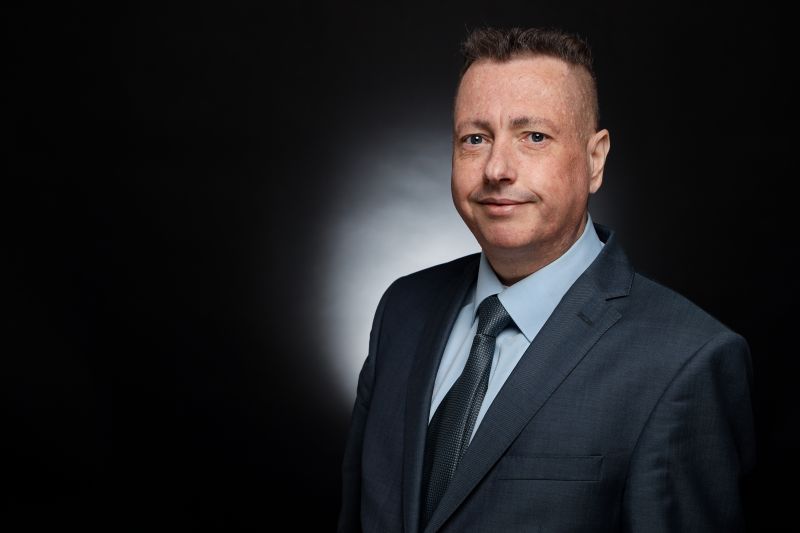 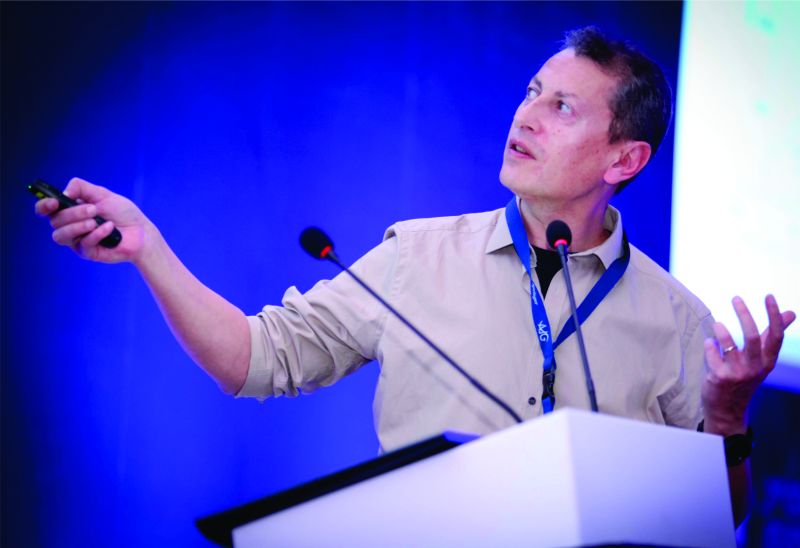 Christophe Pascal is professor of Structural Geology. Originally educated as physicist, he gained a PhD in Tectonics from Sorbonne University, Paris. Before joining GMG, he has successively worked at the University of Bergen, Norway, at the Free University of Amsterdam, and at the Geological survey of Norway as senior scientist. His research is mainly on brittle deformation of the crust, quantification of lithospheric stresses and fundamental geothermics.

To the workgroup's page 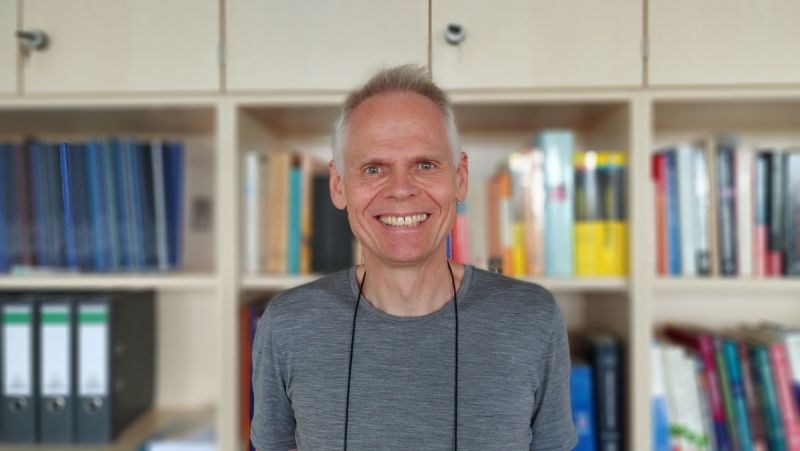 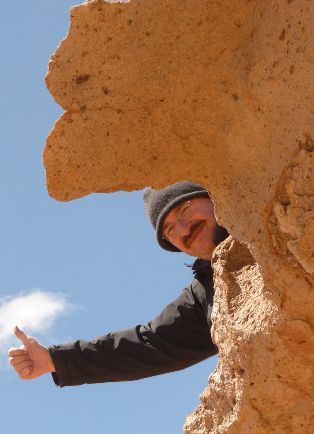 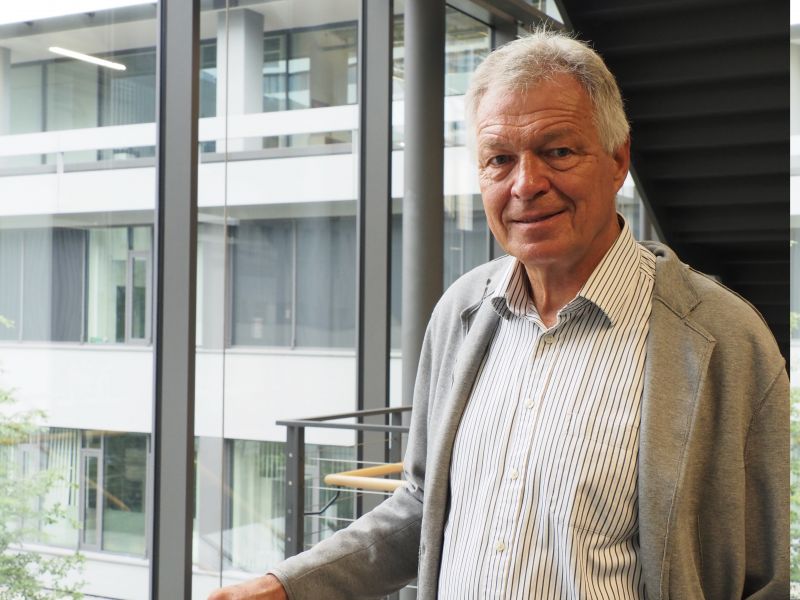 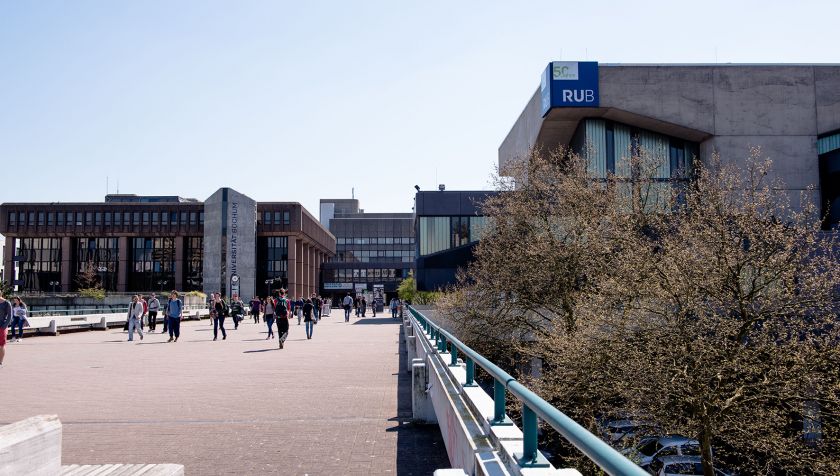 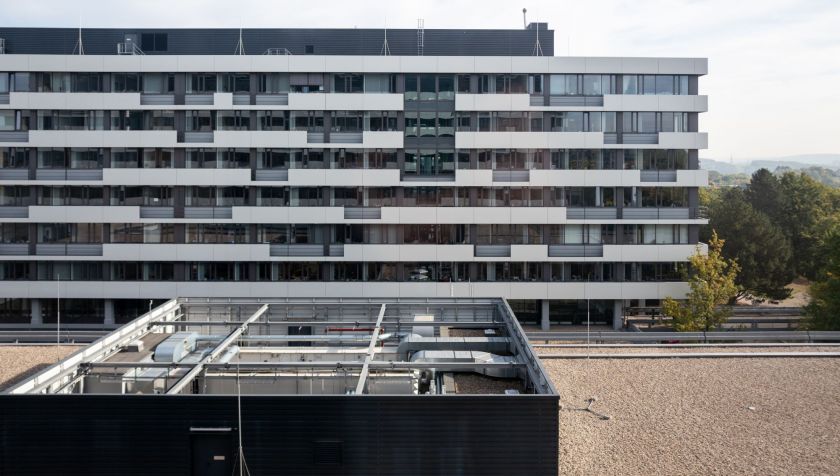 Here you can find an overview of our Scientific facillities