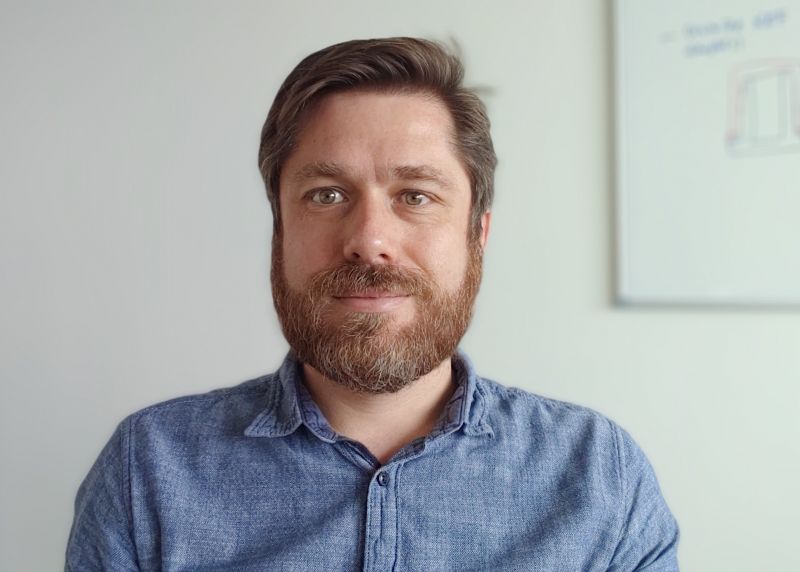 My research is focused on understanding terrestrial magmatism and planetary differentiation. Constraining these processes is the key to our understanding of how planets form and evolve over time, and develop the the right conditions to sustain life. To that end, I combine data obtained from high-temperature and high-pressure conditions with elemental and isotope geochemical data.

I am particularly interested in the behavior of trace elements and of stable isotopes during partial melting and crystallization of planetary interiors, fluid-immiscibility and magmatic degassing, etc.. Trace elements and stable isotopes have unique patterns and values in various planetary building blocks. As such, identifying the processes that give these building blocks their particular trace element and isotope chemistry can aid us in the goal of understanding planetary formation and evolution.

You can learn more about my work and academic career by looking at my CV, and by visiting my ResearchGate page. You can also follow me on Twitter to learn more about what we do in our experimental lab.

My position is currently funded by the Deutsche Forschungsgemeinschaft (DFG) in the context of a Heisenberg Professorship. In addition I am currently carrying out research on the following projects:

Rocks from the so-called Tonalite-Trondhjemite-Granodiorites (TTG) series, a type of sodic granitoid that is largely restricted to the Archean, are pivotal to our understanding of continental crust formation in the early Earth. While most agree TTG formed as a result of a multi-stage process that is initiated by the partial melting of hydrous mafic lithologies, controversy remains about the exact geodynamic setting that presided over this partial melting event. Hypothesis range from the melting of thickened altered oceanic crust and eclogite in a subduction-like setting, to the partial melting of mafic crust in an oceanic plateau setting. Through 10-25% of TTG melt extraction dense residues which contain accessory phases like ilmenite and rutile are left behind. Later during the differentiation of the TTG melts in the magma chamber cumulates form during crystallization processes. These contain ilmenite and hornblende. The involvement of Ti-bearing minerals in either magmatic process (i.e. melting and later crystallization), likely results in resolvable Ti isotope fractionation. Moreover, delamination of the dense restites into the mantle may contribute to the sources of later komatiite melts, possibly carrying their unique Ti isotope signature. By measuring Paleoarchean komatiites, the fate of these restites can potentially be traced. Moreover, to place constraints on the effect of fractional crystallization, we plan to investigate samples from an Archean layered anorthosite complex for Ti isotopes. In comparison to the contemporary rock record, which clearly shows that plume-related magmatic samples, and those associated with island arcs, display disparate behaviour concerning their Ti isotope composition during magmatic differentiation, Ti isotopes may provide insights into the exact geodynamic environment where TTG formed. With this proposal we aim to carry out a detailed analytical and experimental campaign, dealing with the main aspects of TTG petrogenesis, starting from the partial melting of their hydrous mafic precursors to the fractional crystallization and differentiation of their parental magmas. To do this we will combine Ti isotope data of well characterized TTG, rocks from layered anorthosite intrusions from southern West Greenland and komatiite samples from South Africa, with similar data that results from piston cylinder experiments dealing with TTG petrogenesis. Both datasets will then be combined to unravel the exact conditions that lead up to TTG formation. This proposal may establish Ti isotopes as a new tool to reconstruct the earliest formation history of Earth’s continental crust and may contribute to our understanding of Archean geodynamics.

Base metal sulfides (Fe-Ni-Cu-S +/- Co, and Zn) and sulfide melts are ubiquitous accessory phases in basalts, peridotites, and mantle xenoliths, and are the most frequent inclusions in diamonds. Due to their nature, they are a sink for highly siderophile elements (HSE) and economically important chalcophile elements like platin-group elements, Cu, Zn, Ag, and Pb. The abundances of HSE in planetary materials are commonly used to track the evolution of planetary reservoirs and core formation, which in conjunction with information of the Re-Os radioactive decay systems, provides us with insights into the chronology of planetary-scale processes. Fe-Ni-Cu-S inclusions are overabundant in diamonds and suggests that a genetic link between sulfides and diamonds exists. We plan to investigate compositions that resemble natural inclusions recovered from lithospheric and sublithospheric diamonds more closely, i.e. compositions with a distinct eclogitic and peridotitic metal to S and Fe to Ni ratio. To complement existing experimental data, carried out at shallow mantle conditions, we will conduct high-pressure/high-temperature experiments at deep mantle conditions (i.e. below 200 km depths to the base of the upper mantle) in equilibrium with different silicates/oxides (olivine, wadsleyite, ringwoodite, majorite, and stishovite) to unravel the conditions of sulfide saturation and their effect on element partitioning between sulfides, sulfide melts, and silicates.Sulfide melts have distinctly different physical properties (e.g. density, viscosity, electrical conductivity) compared to silicates and silicate melts. If sulfide melts develop an interconnected network, which depends on the solid-solid and solid-melt interfacial energies between sulfide melts and coexisting silicates, as well as oxygen and sulfur fugacity, they will significantly contribute to the transport of siderophile and chalcophile elements, as well as the likelihood of efficient metal segregation during planetary core formation. Moreover, sulfide melts can dissolve significant amounts of C and play a key role in the genesis of large diamonds. We will determine the dihedral angle of sulfide melts coexisting with high-pressure mantle phases to identify the conditions under which sulfide melts are mobile in the deep mantle. Moreover, we will address the solubility of C and the precipitation of diamonds from sulfide melts at pressures that represent Earth’s transition zone.

Magmatism in subduction zones is pivotal to the chemical cycling of fluid-mobile elements between Earth’s mantle and crust, owing to the introduction of variable fractions of slab-derived fluids and sediment melts during arc magmatism. These potentially water-rich primitive arc basalts should become fluid-saturated at depth leading to the exsolution of a water-bearing fluid during their ascent and prior to their crustal emplacement, which should affect their trace element and stable isotope inventory to a yet unknown extent. Boron and its isotopes are a powerful tracer of fluid-mediated processes, and thus potentially useful to address this issue, as fluids tend to be enriched in heavy 11B whereas melts and most silicates are enriched in 10B. Moreover, metasediments, fluids and melts show substantial variations in their B isotope composition, making this system uniquely suited to discriminate between these components. Also, even though dehydration of subduction components likely releases fluids enriched in heavy B isotopes, the composition of melts generated from partial melting of slab components and subduction mélanges is highly variable and depends on the nature of the material being molten and the presence of minerals capable of hosting B. It is thus desirable to consider the behavior of B and its isotopes during the dehydration and partial melting of subduction components. Such constraints are key to identify and track fluid-mediated processes in Earth's interior, and characterize the recycling of fluid-mobile and economically important elements in convergent plate margins.I intend to carry out detailed experimental campaigns to investigate B isotope fractionation during fluid exsolution from a magma, and partial melting and dehydration of subduction components. Fluid exsolution experiments will be carried out using internally heated pressure vessels, where decompression of fluid-saturated basalts can be reproduced at various rates, and temperatures. Fluids generated during these experiments will be recovered by freezing the experiments upon quenching, allowing for the determination of their B isotope composition. The partial melting of subduction components will be achieved with a belt apparatus, using noble metal capsules and diamond traps to retain the fluid. In each type of experiment, both the fluid and silicate melts will be measured in situ using fs-LA-MC-ICP-MS for their B isotope composition. These new data will provide tools to discriminate between different subduction components and identify any modification borne out of late-stage processes like fluid-melt immiscibility. Moreover, essential constraints will be obtained to track and identify the full extent of fluid circulation and chemical transfer between Earth’s mantle and crust.

Titanium is a refractory lithophile element, and, because of this, it is unaffected by core formation and volatile element depletion during planetary differentiation. As such, any observable Ti isotope variations in the bulk silicate Earth and Moon (BSE and BSM) should be the result of processes operating in these bodies. When compared to Earth, the Moon has a simpler geological history, thus its early lunar magmatism offers the earliest possible insights into the history of the fledgling Earth-Moon system. Lunar mare basalts are sub-divided into low- and high-Ti varieties. Whereas low-Ti basalts are the partial melting products of peridotite-like lunar mantle sources, high-Ti basalts are thought to result from melting of hybridized, Fe-Ti oxide-rich source regions. Importantly, the mantle sources of high-Ti basalts are thought to be more reduced than those of low-Ti basalts, so much so that a significant fraction of Ti3+ could be present in addition to Ti4+. Any redox-dependent changes on how Ti is speciated and coordinated in silicate melt and lunar mantle minerals may affect how Ti isotopes fractionate during lunar magmatism. If during the petrogenesis of high-Ti basalts Ti3+ is decoupled from Ti4+ it could result in the fractionation of Ti isotopes. The recent observation that high-Ti basalts show higher d49Ti than low-Ti basalts appears to support this. There is a precedent for redox-dependent stable isotope fractionation during magmatic processes. For example, terrestrial basalts tend to display higher d56Fe than their mantle sources. This observation has been interpreted to be the result of differences between the ferric/ferrous iron ratios of basalts when compared to their mantle sources. However, the exact mechanism that potentially enables Ti isotope fractionation is not well constrained. Namely, the role of redox and what phases are capable of fractionating Ti isotopes during partial melting of high-Ti lunar mantle sources is not known. It is the aim of the research proposed here to carry out a combined experimental and geochemical campaign to investigate the Ti isotope fractionation that results from lunar magmatism. Specifically, it is the aim of this research to reproduce the conditions of melting of lunar basalts and their crystallization, and then to measure the Ti isotope composition of all phases involved in high-Ti basalt petrogenesis. With these data, it will be possible to identify the exact mechanism responsible for the observed Ti isotope fractionation in lunar basalts. The overarching objective of this research is to explore the potential use of Ti isotopes in phases from differentiated planetary bodies in the solar system as a proxy for the redox conditions that preside over melting and crystallization in these bodies.

Some images related to my work 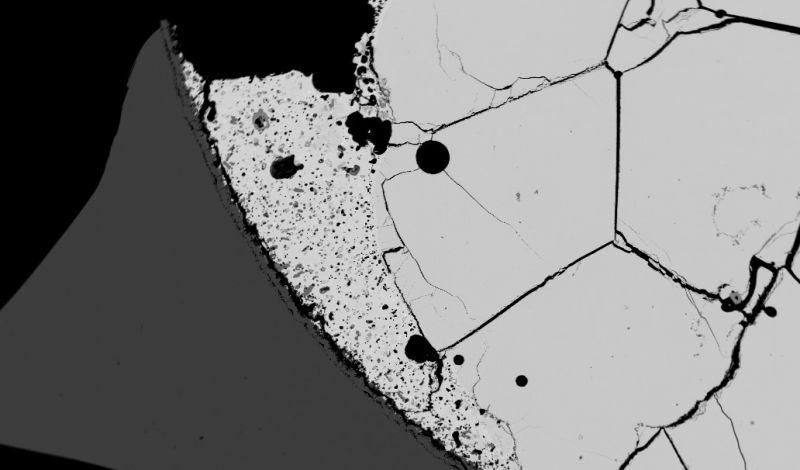 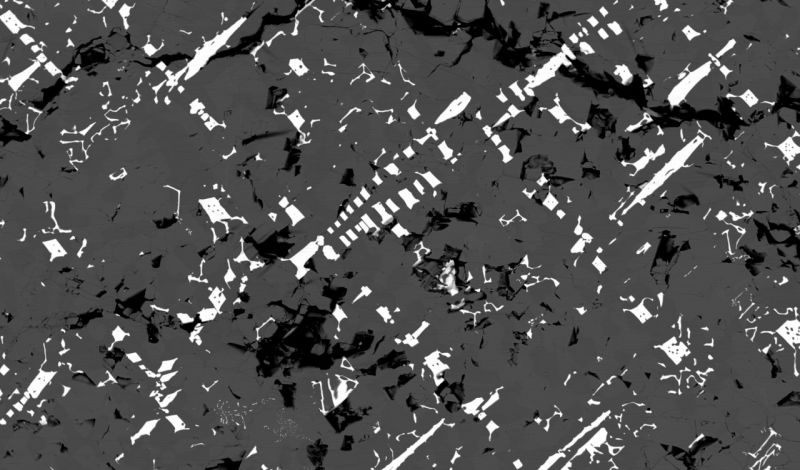 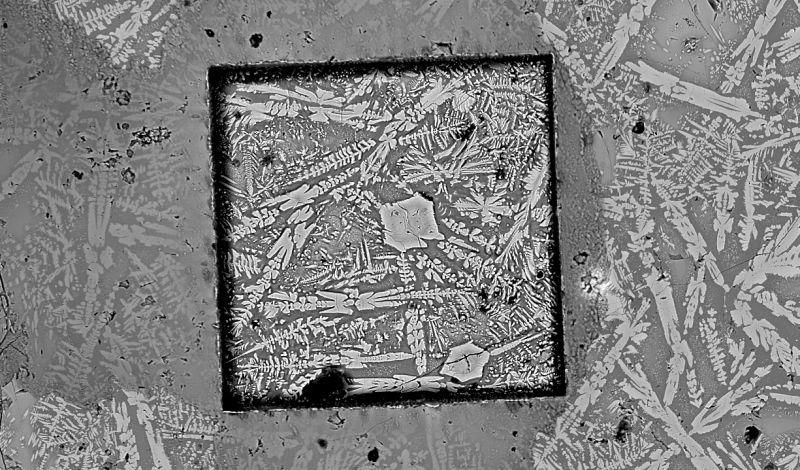 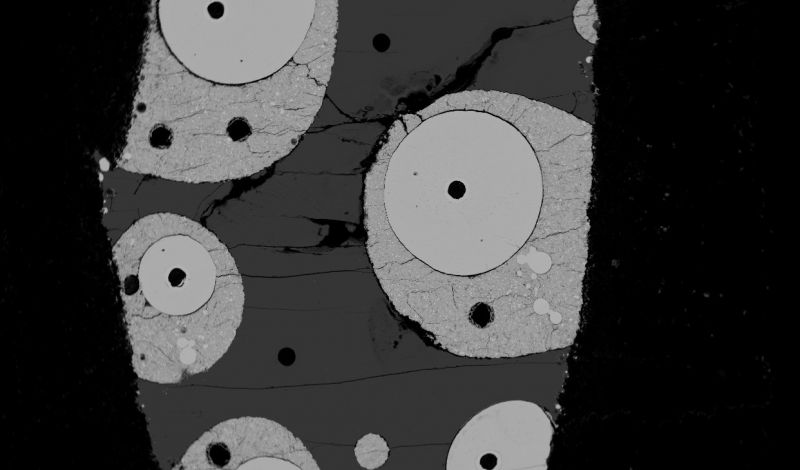 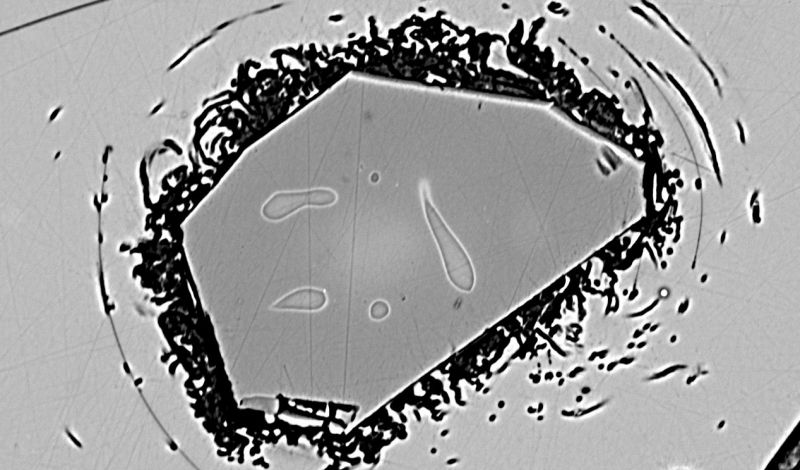 To find out more about my past third-party funded projects, and their outcomes please look into my GEPRIS profile.

Below are a selection of ten selected publications that I feel are representative of my present and past research. For a complete list of my publications please check out my Google Scholar Profile.

I am currently offering the following courses: 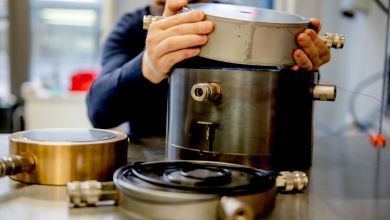 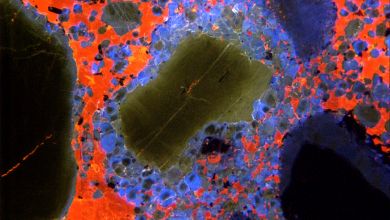 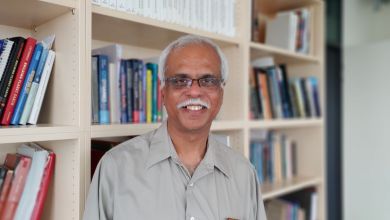